Bookmark this page? Pop your email into the box below to receive a link to this article so you can easily refer back to it later.

The Skinners’ School (commonly known as Skinners), is a grammar school for boys located in Royal Tunbridge Wells, Kent. Founded in 1887 by the Worshipful Company of Skinners, it has academy status and specialises in mathematics and science. [1]

Actively preparing boys for higher education, Skinners educates them in line with the National Curriculum, significantly boosting their knowledge and skills in the areas of maths, English, science, humanities, IT, music, MFL, RS, art & design, DT, PE and drama.

The challenging academic provision is coupled with a broad extracurricular programme, comprising a number of clubs and societies, such as political club, chess club, choir, rugby and basketball. The Duke of Edinburgh’s Award and CCF are also available, boosting boys’ competitive spirit and levels of discipline. Through the popular Olympiad Maths Club, all pupils with strong mathematical abilities are provided with the opportunity to further develop their problem-solving techniques and stretch their maths skills beyond the confines of the classroom. [2]

Skinners has been rated as ‘outstanding’ by OFSTED and boasts an impressive list of notable alumni, including engineers, historians, diplomats, professors and athletes. Offering numerous facilities for sports, languages and science, the school is fully invested in providing a caring learning environment through a comprehensive pastoral care system and a culturally diverse community which celebrates differences.

These tests will be taken at The Skinners’ School or any other grammar school in the area you are applying for. If you wish your child to be considered for the assessments, you should apply using the In Year Common Application Form.

Upon taking the test, your son will be added to the waiting list and ranked in accordance with the school’s oversubscription criteria. Priority will be given to:

Please note that the school will not offer places over its published admission number (160).

As part of the assessment process for late transfer entry, your child will be asked to complete the CAT4 assessment.

Based on performance in this test, schools can judge pupils’ progress over the academic year and hence decide on their setting and streaming (according to ability).

This assessment is an effective way for schools to understand pupils’ strengths and weaknesses and to personalise learning and adapt teaching.

Our CAT4 practice tests and courses are highly accurate, ensuring that your child’s preparation is targeted and efficient. Read on to learn more!

Our highly rated CAT4 practice tests are available to take online immediately after purchase. Each module is marked automatically and can then be reviewed. Answers and explanations are provided for every question, as well as comparative ranking statistics on a per module basis so that you can precisely determine your child’s strengths and weaknesses. These practice tests are specifically designed for CAT4 Levels D and E, which are taken in Year 7 and 8 for 12+ and 13+ entry, respectively.

The following online video courses cover each section of the CAT4 exam. Each course consists of a series of lessons and step-by-step explanations. These will help your child recognise the underlying patterns to look out for in this assessment and thus master the required Reasoning techniques. The courses cover every possible question type that could potentially come up in the CAT4 test for 12+ and 13+ entry.

The information in this post was correct at the time of publishing. However, please be aware of future changes. We advise you to contact the school directly if you are unsure of anything. School contact details are provided within the post.

Please note that Pretest Plus is an independent publisher of practice tests and not affiliated with or endorsed by the publishers of the CAT4 or any other test publisher.

Bookmark this page? Pop your email into the box below to receive a link to this article so you can easily refer back to it later.

Prepare your
students for success

Are you looking for resources to help prepare your students for the CAT, ISEB Pre-test, CEM Pre-test or UKiset? We offer custom packages and deals for schools. 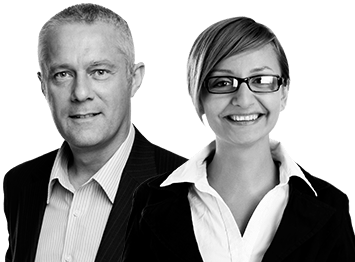 If you have further questions about Pretest Plus,
contact us and we’ll respond promptly!